This post has been a long time coming... Last year our school had an art exhibition, where each child needed to produce an artwork to show. My class of seven year olds was eternally optimistic and wanted to produce FOUR smaller artworks, in a mixed media study of owls. We didn't quite make it to four, but gave it a good shot. Our first project was to produce a salt dough owl. Each child got a handful of dough (I think I used about 3kg of flour in total) and we followed the tutorial here 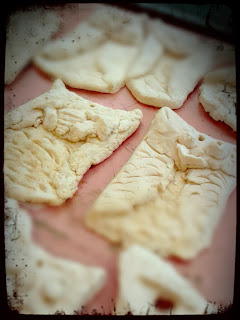 Be warned- it took two days to bake 21 A5 sized dough owls enough. And baking salt dough smells kinda funny. Once baked, we looked at the process of painting our owls. We under-coated them with white, and slowly layered our paint. I wanted to emphasise the importance of getting the maximum effect- waiting to dry between each layer meant that we didn't end up with a horrible mess of brown paint. 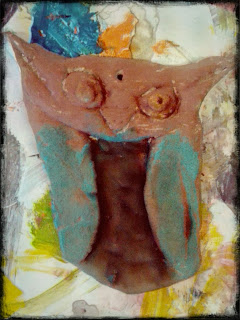 This process took a long time. In the end, to get it done I would have a painting table set up each morning and afternoon with a bucket of brushes and buckets of water. The children would arrive at school (or come back from lunch) to add their next layer before continuing with their tasks. 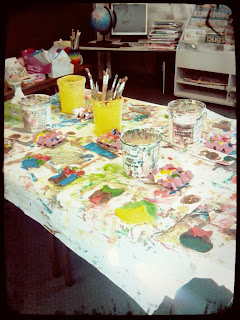 Once happy with the finished effect, the children dry brushed the owls with their choice of gold or silver paint. We did this in small groups, as limiting the paint on your brush is a foreign concept to many seven year olds. 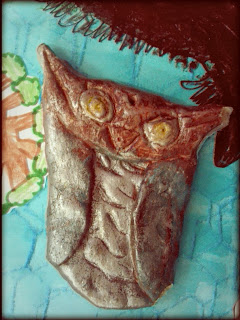 I finished the owls with a coat of clear spray varnish. I then cut a piece of felt to fit the back of the owl, cut a small slit in it and glued the felt onto the reverse side of the owl. This meant the slit in the felt would slide over the thumbtack and allow the owls to hang on the wall for exhibition day. 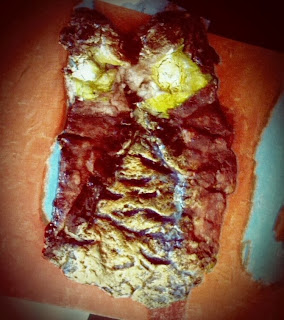 Because the dough owls were a long and drawn out process, we began them first. Then, as we waited for dough to cook and paint to dry we looked at several 'how to draw cartoon owl' tutorials online. Our sketch books are chock full of owls. Many children found it hard to follow the instructions at first, and resilience and the need for careful listening were discussed by the children. One real sticking point was there was a ban on erasers... we need to learn to love and learn from our mistakes. The book "Ish" by Peter Reynolds was much loved and the children really took the story to heart. 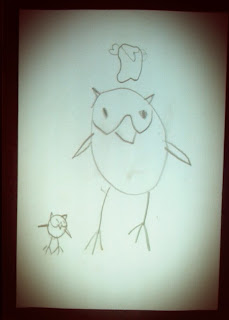 Once we found some tutorials we liked, the children were given a nice sheet of thick artist paper (A4) to do their cartoons. Some chose to fill the page with lots of little owls and some chose to do just one owl in the middle. I was astonished with how gorgeous the results were. The pages were finished with a coat of hairspray to stop them smudging... and the children seemed to think that extra care made their artwork extra special. 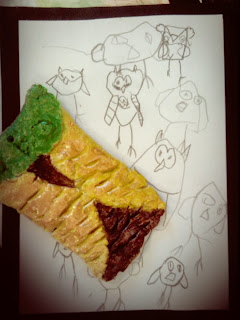 By now the exhibition deadline was just 24 hours away, with only two artworks completed. We agreed in a class discussion to finish the remaining two in class for our own satisfaction rather than rush through an artwork for display. I do love them so.
Posted by MissEdwards at 12:32 PM No comments:

A New and Profound Love

I have craft envy. I troll Pintrest and other blogs looking for sweet ideas for my own classroom, but as I do I am hit by the availability and affordability of crafting supplies in America and the UK. We often get supplies in NZ after a long delay, and it takes even longer for the supplies to become cheap. Of note I have noticed that more and more dollar shops are beginning to stock teacher specific supplies- borders, certificates etc. Have a look around as there is some pretty neat stuff out there. Spotlight has a range of affordable classroom decoratives in some stores. A hunt through Geoffs Emporium on Dominion Road in Auckland resulted in a roll of patterned duct tape for $3. Major score! Not in love with the pattern, but excited by the possibilities I chucked it in the basket and trundled home with it. I inherited some dilipdated A3 clearfiles at the end of last year... perfect beginners project! These folders needed some love, as they were scuffed and torn, but not ready to be chucked. 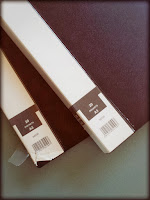 For some reason, I photographed the nicest folders. A quick tape up and some coloured paper taped to the front and voila... 'new' folder goodness! Yumbers! 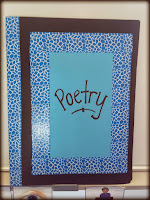 If you can't get to Geoffs, some Warehouse Stationery stores sell patterned duct tape for around $10 a roll.
Posted by MissEdwards at 5:24 PM No comments:

This year's goal is to re-vamp my reading tumble activities. Last year I spent a lot of time seeking out and making resources for independent Math activities/ tubs, and poor old reading got the short stick.

One very successful tub I have had in my reading tumble is the box of 'Mini Books'. We all love mini things... mini mars bars and mini bottles of liquor that you get on a plane are personal favourites. The kids have really enjoyed having 'Mini Books' as a reading task, so over the summer holidays I have added to the resource and spent some time repairing older books.

All the books in the tub were sourced from op-shops for a minimal cost (mostly 10- 50 cents each). There is a good stock of books published by Ladybird in their small format, but also a range of books that seem to have been from Happy Meals, or given out at B.P. petrol stations. Either way, a fabulous source of engaging reading material! 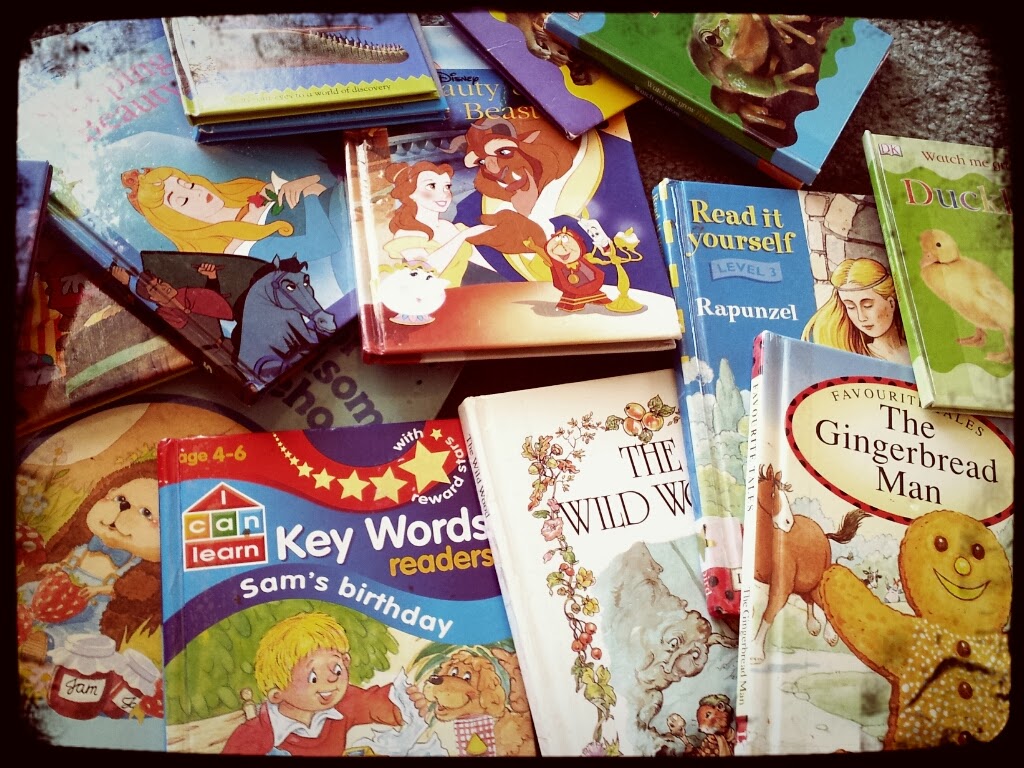 I fully recommend a strip of clear packing tape along the spine, and one inside the front and back covers. Some of the smaller books have been cheaply made, and are not as robust as other books.

The plan is to have this reading tub on the tumble for a total of two terms if possible. To maintain student interest and provide some challenge, I plan on swapping the books at the beginning and middle of each term with a new batch.

One or two books were not salvageable on closer examination. I have stripped out some of their pictures to make writing prompts and to laminate for wall décor. It hurt to cut books, but they were so wrecked I would need to throw them out anyway. 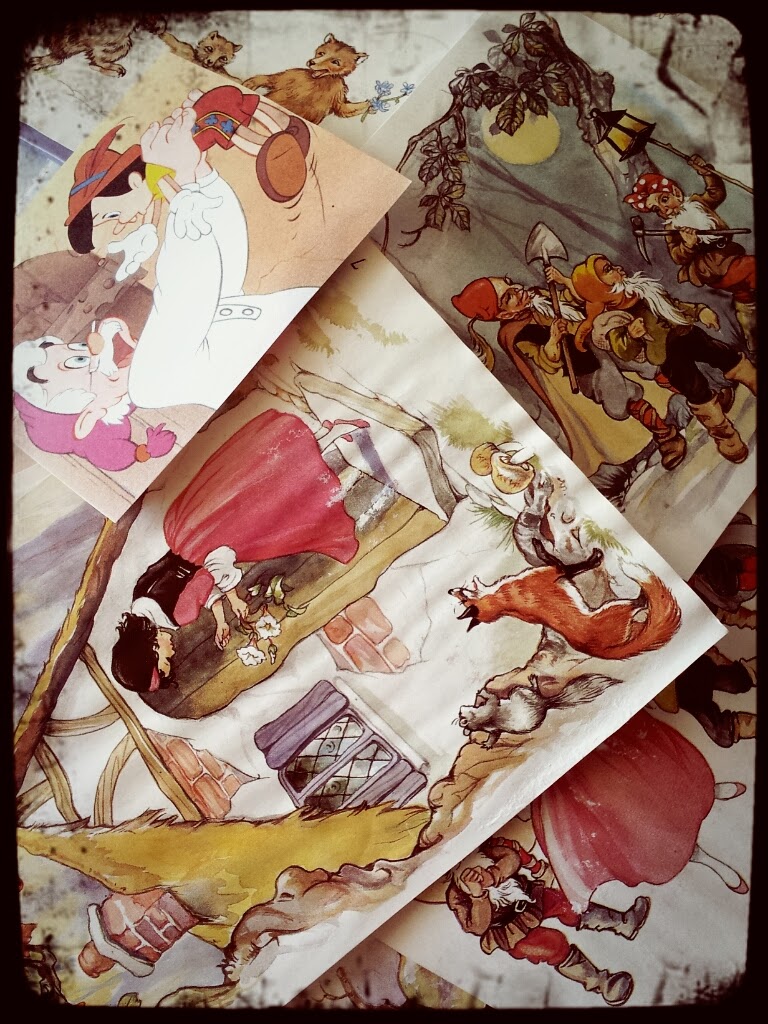 Posted by Squiddle Dee Dee at 7:13 PM No comments: